Good social skills are essential for successful functioning in life, as they influence school performance, relationships and eventual job success. Yüksel (1999) defines social skills as a set of goal-directed, interrelated social behaviors which can be learned and which are under the control of the individual. By these skills we can persuade other members of the society and interact with them without conflict or disharmony. They include acquisition of social information, making sense of it, analyzing and giving it appropriate responses.

According to Akkök (1996), incompetence in social skills may stem from fear or anxiety in the face of some social behaviors or from inopportuneness for learning them. Many researches indicate that incompetence in social skills can be overcome by education or psychotherapy (Bulkeley, Cramer, 1990; Verduyn, 1990; Korkut, 1996; Bacanlı, 1999; Yüksel, 1999; Cerrahoğlu, 2002; Vural, Gürşimşek, 2009)

The American Art Therapy Association (2011) describes art therapy as “the therapeutic use of art making, within a professional relationship, by people who experience illness, trauma or challenges in living, and by people who seek personal development. Through creating art and reflecting on the art products and processes, people can increase awareness of self and others cope with symptoms, stress and traumatic experiences; enhance cognitive abilities; and enjoy the life-affirming pleasures of making art”. Art therapy makes use of different branches of art such as painting, sculpture, drama, music and storytelling to help individuals  to express their inner worlds.

As compared to other therapy methods, art therapy’s strength its capacity to deal with the even most painful experiences without hurting individuals. Thus, this method is qualified for working with traumas and diverse psychological problems (Steele, 2003). Besides, expressive art therapy can be used for personal development. With the help of art therapy, individuals learn to control their emotions, resolve their emotional conflicts, reduce their anxiety levels, improve their social and problem solving skills, gain insight and accept the change.

Brouilette (2010) suggested that children with high social competence and emotional awareness tend to be more successful in their relationships. Art, especially drama helps children to understand their own emotional expressions, responses, other’s behaviors, what to expect from others and how to adapt to different situations.

It is possible to apply art therapy to children, adolescents, adults and elders in a group setting or individually. In therapy sessions, drawings can give information about how a child perceives and apprehends his/her own life. Art therapy allows individuals to express their emotions that are difficult to express.

Structured art therapy groups are mostly formed by six to twelve members (Liebeman, 1986; 2009). The literature review indicates that there are certain criteria that need special attention for group process. These criteria include age, sex, personality factors, and socio-economic status. When age is considered, the group needs to be homogeneous. Both sexes should be involved in the group; this allows group members to know other sex better thus usually it is better to include both sexes in the group (Rubin, 2005). In terms of socio-economic status again it is important to keep the group homogenous. It would be hard for individuals to empathize with one another and to understand each other if the members had different socio-economic backgrounds (Yalom,1992; Carrell, 2010; Corey, 2004; Voltan-Acar 2005; Tan, Baloğlu, 2006; Meier & Davis, 2007; Rosenthal 2008).

The present study aimed to investigate whether the expressive art therapy group with children is an effective method in improving their social skills and to test whether or not this method can be used as an additional method with other psychotherapy and counseling techniques to help children with social problems.

The present study aims to investigate the effect of “Expressive Art Therapy” on social skills of a group of children and adopts the experimental research model by the use of pre-test post-test designs .

Male-female (5 girls, 4 males) ratio was considered in selection of sample. The present study included children from similar socio-economic statuses. Nine children in first and second grades of elementary school participated in this study after their parents signed an informed consent form. Those children had applied to Institute of Behavioral Sciences with problems related social skills at school. Five of these children (55,6%) were girls and four of them(44,4%) are boys. Two of the participants (22,2%) were 6 years old and seven of them (77,8%) were 7 years old. In this group, six children’s both mothers and fathers were college graduates, three of the children’s mothers and fathers were high school graduates.

“School Social Behavior Scale”, adapted to Turkish by Yüksel (2009) as “Okul Sosyal Davranış Ölçeği” was administered to study group. Reliability  coefficients of the Turkish version of the scale was found to be between 0.91 and 0.98.

After the first session in which parents and children stated their difficulties related to social skills, WISC-R Intelligence Scale was applied to children. Whereas all children had a normal or above normal intelligence scores (M= 124,22) their scores of «comprehension» subscale scores fell below the standard mean. This scale corresponds to “social judgment” and measures reasoning skills, appropriateness of behaviors to the reality, and the psychological and logical maturity (Aygölü et al., 2008).  The sample was administered “School Social Behavior Scale” as pre-test. After the completion of the scales, the children were included a 10 week closed “Expressive Art Therapy” group. After 10 weeks, the children took the “School Social Behavior Scale” as post-test. The Kolmogorov-Smirnov test (KS-test) is used to determine if two datasets differ significantly and t-test for comparing the means of two samples

Both for the pre-test and post-test; social competence and antisocial social behavior sub dimensions scores were calculated. To calculate the effectiveness of the experimental design, to understand which statistical techniques to use for determining the normal distribution; Kolmogorov-Smirnov tests were applied. The results are shown in Table 1.

In the analysis, it was found that both social competence and the antisocial behavior sub-dimension points for both pre and post tests were normal (p<.05). In the light of these findings, the t-tests were used to compare the pre and post test scores.

The study group’s pre-test social competence average was 97.55 and the post-test’s average was 120.11. The difference between the pre and post-test scores was found to be statistically significant in dependent t-test analysis (p< 0.001) (Table 2).

In the social competence dimension of the “School Social Behavior Scale” there are three sub-dimensions.  To understand the effectiveness of the art therapy group, the t-tests were undertaken for all the three sub-dimensions (Table 3). The difference between pre-test and post-test scores was found to be statistically significant (p<.05) among the dimensions of peer relations, self-management/compliance and academic behaviors.

In the present study, expressive art therapy technique, which is assumed to be effective on children in need of psychological help, is structured and examined in the closed group form.

Middle-childhood ages are difficult times for children who recently started school and started to have more responsibilities. It is hard for these children to do what they want but to also fit with the criteria of their parents. Conflicts between friends, the desire to be loved and appreciated by others and to be included in a group are difficult for children of these ages. According to Rubin (1984, 2005) and Hutchison (2010) an art group with 6-9 year olds has a role of “unification”. Thus, children between the ages 6-9 were included in this study group.

Liebman (2009) indicated that interpersonal relationships improve in group work. In art groups people learn how to listen, ask questions, share materials, help each other and lead others without making them uncomfortable (Malchiodi,2003).

Rubin (2005) indicated that self-control also increases in group work. Obeying rules in group studies, using many materials in the art room, choosing the appropriate materials, making a plan for the art work, help individuals to improve self-control skills. Even though art provides people a free space to work, art therapy has to have some boundaries such as time limitation or format for healing (Rubin, 1984; Rubin, 2005). When children get positive feedback about their work, their cognitions may be affected positively about planning better and being able to complete their work.

After the group sessions the social competence of the participants also showed an increase in the academic success area. Following given instructions, forming an art product from the given instructions, using time effectively strengthen children’s belief that they can make plan, act and finish the task accordingly(Case and Dalley, 1997). According to Henley (1997) study groups that use academic materials improve children’s awareness, social comprehension and problem solving skills. However children who are already academically behind, who use substances, who are depressed or indulged by their parents do not easily go into academic groups. To create therapeutic activities within a group and with the intention to increase learning by using art, writing small stories, and creating small crafts can help motivate children in the learning process.

The present study indicated that the sub-dimension of defiant/disruptive behaviors showed a significant decrease. Some reasons of significant decreasing of defiant/disruptive behaviors might be, equal treatment of therapists during sessions, their non-interventionist state, moderation of their feed-backs, their way of monitoring and valuing children’s work. Additionally, they tend to interpret every negative solicitation of any group member caused by an antisocial behavior of another member, loudly in the group, for particularly noticing the owner of antisocial behavior. This might as well be one reason of the decrease in some antisocial behavior.

The sub-dimensions of hostile/irritable and antisocial-aggressive did not show a statistically significant decrease. Impulsivity is a problem that can be described with neurological basis and psychotherapy and psychopharmacology are used for dealing with it. The present study, the children in the group didn’t take any other medication or psychotherapy. Parents were only informed about test results, they did not receive consultancy. This could be a reason behind why impulsive children’s antisocial/aggressive and hostile/irritable behaviors decreased very slowly and it wasn’t statistically significant. The researchers suggested that it is important for these children to stay in these groups longer and/or have psychiatric help, attend individual sessions and also it might be better if their parents receive counseling.

Expressive art therapy is a technique loved by children and may ensure rapid recovery. Thus, this technique should be focus of interest for researchers in the field of applied psychology, who would be eager to work with larger samples and larger age intervals. 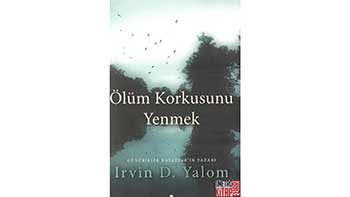